LIDAR: Precision that saves you time and money

The science and practice of surveying has made a huge advance in recent years due to one technology. It’s made surveys and project planning far faster, more cost-effective and, most important, far more precise than ever before. It also helps create precise, highly complex 3-D models of structures. That technology is called LIDAR.

Also called 3D laser scanning, LIDAR is an acronym that stands for light imaging, detection and ranging. The short form is also related to radar and sonar.

LIDAR is a surveying technology or method that involves shining laser light on an object or landscape, then capturing the reflected light in a scanner.

The scanner measures the differences in the return times and wavelengths of the reflected light. Computer software then assembles these measurements to produce a digital 3-D model of the object being illuminated.

This method captures these measurements, including position and distance, with a degree of accuracy impossible with traditional surveying methods. In addition, it records far, far more information — millions of different data points within a matter of seconds.

“LIDAR gives you a measurable, three-dimensional model of an entire landscape or structure,” says Mike Hoffman, principal and Survey Manager at McNeil Engineering.

LIDAR is used for many of the same applications as traditional topographical surveying. A LIDAR scanner can be mounted on a surveying tripod, or on an aircraft such as a drone for airborne surveying.

It also can be used for volume surveys of topographical features, and to create precise 3D digital models of project sites, buildings and other structures.

“In the past, a survey of a site or creating a model of a structure would require many trips to the site to take measurements. That was very time-consuming and therefore expensive,” Hoffman says. “And the accuracy was not even close to 3D laser scanning. Traditional surveying does not provide even one-tenth the amount of data.”

McNeil Engineering has been a leader in LIDAR 3D scanning for years. The company has kept up with the leading edge of 3D scanning technology, and our latest upgrade is to the P40 scanner. “With the earlier C10 system, a five-minute setup would collect a half-million data points per second,” Hoffman says. “The new system takes two minutes to set up, and can collect one million data points per second. In other words, we can produce a much more detailed, precise three-dimensional model, faster than we could before.”

One of the biggest LIDAR projects the company has ever done was a complete scan of the Marathon oil refinery in Gallup, New Mexico. It’s 17 acres with hundreds of structures, including buildings, oil tanks, pipes, pumps and many more. 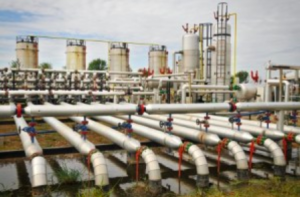 “Marathon was upgrading its facility to a new Tier-3 gas, as required by law,” Hoffman explains. “That would require upgrades of equipment and infrastructure. They needed to know how much room they had, where different things were, where the pipes, pumps and tanks were, precisely, ahead of time. That would allow them to plan the upgrade in their computers before starting the physical work, saving a lot of time and money.

“It’s far more expensive to have to start doing your measurements and planning on site, without that kind of advance information.”

Using the LIDAR system, McNeil produced more than 2,500 scans as well as hundreds of panoramic photos — with just three staff on site. This was Hoffman and two staff engineers.

“We took two tripods, the scanner and camera. We took six pictures from each set-up to create panoramic photos for each location, so that the customer could have a complete visual representation to accompany the digital models.”

This project did not involve the use of drones or any airborne surveying or imaging. For elevations, the McNeil team used ladders or climbed up on the platforms and other structures — a combination of low- and high-tech approaches.

The surveying work took about six weeks on site. This was followed by close to two months back at the McNeil Engineering offices to compile the captured data into models that could be sent to the design engineers who would plan the upgrade project.

“The files are many gigabytes in size. We save them onto hard drives, and send them by messenger to the customer,” Hoffman says. “Downloading them from an FTP site would take a lot longer.”

“At McNeil Engineering, we can do almost every surveying project with the 3D scanner. When I leave a site after doing a 3D scanning project, I have no doubt that the engineering team will have everything they need,” Hoffman says.

He advises any company looking at commissioning a LIDAR project to choose carefully. “This technology is not for the average surveyor or engineering firm. Only a large enough engineering firm can understand how to handle point cloud data — the technology that captures and manages the immense amounts of data produced by the scanner.

Take a look at some of the LIDAR projects McNeil Engineering has completed. And when you need a survey or a model of a project site, call us.