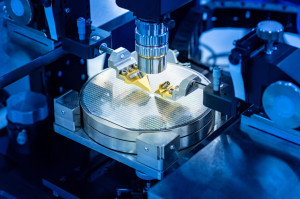 We may be in the 21st century but think for a moment about how many 20th-century devices you use on any given day. The fact is the 20th century was a hotbed of innovation and invention. We can easily name up to 20 world-changing engineering achievements. Seems appropriate, 20 innovations for the 20th century.

In this multi-part blog series examining 20th-century engineering achievements, we’ll touch on all 20 of these amazing human achievements. Some will be obvious, and some may cause you to double-take. Curious to find out what made the list? Read on!

With the merest flick of a finger, a light turns on. From deep veins of coal to radioactive uranium, wind, and crashing waves – human ingenuity has been all about power. Whether it be the hidden power of an atom or the blazing radiance of our sun, humans have been fascinated by and innovating with electricity for over a century.

It all happened just over a century ago. At the beginning of the 20th century, following a struggle between the direct-current systems favored by Thomas Edison and the alternating-current systems championed by Nikola Tesla and George Westinghouse, electric power was poised to become the muscle of the modern world. Today it keeps our factories running—as well as the telecommunications industry, the appliances in our homes, and the lifesaving equipment in our hospitals. In myriad other ways, ready access to electricity helps maintain the well-being of billions of people around the globe.

Before the first Model-T hit the roads of the early 20th century, Thomas Edison already saw the writing on the wall. When he did some future-gazing about transportation during a newspaper interview in 1895, he was quite clear.

“The horseless carriage is the coming wonder,” said America’s top inventor of the day. “It is only a question of a short time when the carriages and trucks in every large city will be run with motors.” Just what kind of motors would remain unclear for a few more years. And even today those motors are constantly evolving. The modern technological wonder of battery-powered cars proves this.

Certain aspects of cars from a century ago are still with us today. The telescope shock absorber is one example. Another is drum brakes. The basic principle behind these components has remained static for a century. And even as disc brakes have become the go-to, drum brakes are still used on the rear tires for cars manufactured all over the world. They contain fewer parts and are easier to service.

While we are talking about revolutionary modes of transportation, we would be remiss if we left out the airplane. Just consider for a moment that not a single human being had ever flown a powered aircraft at the outset of the 20th century. Travel by air was still talked about in the realm of science fiction. And yet, like so many other things, it would not be long before these concepts became fact.

By the century’s end, flying had become relatively common for people all over the world. Even space is no longer off limits, with tourists’ flights to low-Earth orbit now quite common. And yet, we’ve come a long way. The first piloted, powered, the controlled flight lasted 12 seconds and carried one man 120 feet. Today, nonstop commercial flights lasting as long as 15 hours carry hundreds of passengers halfway around the world. We take these concepts for granted, though just two decades so they were considered flights of fancy – no pun intended.

At the beginning of the 20th century, in the United States and many other countries, water was both greatly in demand and greatly feared. Today, we take for granted that potable water will emerge from our taps whenever we want it. But just one hundred years ago this was not the case.

Cities across the nation were clamoring for more water as their populations grew, and much of the West saw it as the crucial missing ingredient for development. At the same time, the condition of existing water supply systems was abysmal—and a direct threat to public health. Even today, water management policies – especially in the desert Southwest – cannot keep up with the massive growth the region is experiencing.

Today’s engineers still struggle with the problem, and some of them are coming up with smaller-scale solutions. And yet, whatever the scale, from aqueducts and dams to desalination plants and portable ultraviolet devices, the notable successes in water management achieved in the 20th century continue to offer encouragement to a new generation of civil engineers worldwide as they face the challenge of our never-quenched need for clean water.

Rounding out Part I of our series, we are going to bring it full circle. We started with electrification, and we’ll end with electronics! Back in 1948, no one had any idea what was about to happen. At the time, yawns greeted the electronics novelty that was introduced to the public in mid-1948: the transistor.

Brilliant inventors from the late 19th century to the present day have used common principles to build on each other’s work, leading us to today’s electronics revolution. The team that created the transistor at Bell Labs consisted of a group that went by Bardeen, Brattain and Shockley for their innovation. When they received the Nobel Prize, that same prize paid tribute to their predecessors, the discoverers of electrons, the vacuum tube, purified crystals and diodes.

The transistor spurred experimentation with new materials such as silicon and with a host of manufacturing techniques, leading to electronic devices that have altered every aspect of daily life.

We hope you’ve enjoyed this first look at our multi-part series examining the 20 top engineering marvels of the 20th century.