Why the world needs (more) engineers 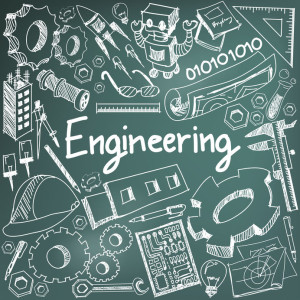 There are several professions that parents very often encourage their children to consider. They’re either going to be a doctor, lawyer or engineer. There’s a very good reason why these professions are the cream of the crop when it comes to career choices. But these professions are about a lot more than making money or building an amazing career your peers will envy.

Engineering systems are, in many ways, the backbone of societies all over the world. Every single product or device you rely on is generally made using engineering systems. Whether it’s your home, office, or the road or highway you drive on as you commute to work, an engineer played a part in its construction and design. Not to be hyperbolic, but nearly everything you see and use in your everyday life was engineered at some level. Here at McNeil Engineering, we’re proud to have been a part of more than a few such buildings here in the Utah area.

Also consider that the world needs engineers not just for the big jobs, but for the small jobs, too. Engineering disciplines span orders of magnitude in scale and size. Engineers are not only working on some of the most massive, impressive, and aesthetically beautiful bridges and structures in the world, but they’re also working on amazing structures at the nanoscale. Engineering students at universities all over the world are working on real-time seismic testing of large-scale structures, composition and testing of nanoscale and quantum structures and exploring and exploiting their engineering know-how to create next-generation composites and alloys.

Universities are leading the way when it comes to advancing the cause of engineering and developing cutting-edge technologies. Just look at what’s happening at the University of Utah School of Mechanical Engineering. They’re working on everything from flying cars to virtual reality amusement parks. This is really cutting-edge stuff. The fact is engineers claim their primacy as problem solvers. While problem-solving is a critical engineering skill, there is more to the trade than simply solving problems.

How Engineering Has Evolved Over the Years

Engineering careers have undergone some major evolutions over the past 50 years. No longer is engineering simply about structures large and small. Engineers are now at the forefront of complex social issues. The work they do has a direct result on poverty, inequality, disaster recovery and climate change. From cities large and small to remote and rural communities across the country, engineers work on projects that directly impact both high- and low-income students and countries.

Still, the engineering field has a long way to go. For instance, there is a serious gender gap in the engineering field. Among the STEM engineering professions, the percentage of women in engineering is the lowest, at around 15%. The numbers are not much more encouraging in Canada, Australia and other countries around the world. Engineering still seems to be a male-dominated field. But why is that?

While there will always be genetic differences between men and women, a lot of what we believe and how we proceed through life is driven by social beliefs and norms. A study in France showed that even when girls are as good at boys in mathematics, they feel anxious whenever they are given a mathematical problem to solve. Conversely, boys are not judged make enough and feel anxiety when exposed to reading and writing problems, due to the idea that boys cannot express emotions.

Some say the solution is to separate boys and girls in school according to their studies. Their courses would then be in accordance with the social ideals of each gender. Although this may increase each cohort’s scores, the individual tastes of each would be discouraged. It’s important to write, act, and talk against stereotypes. Why can’t boys like pink and why shouldn’t girls be mechanical and chemical engineers?

We Need More Engineers Than Ever Before

Trust us when we say the world needs more engineers. Whether you are a mechanical, civil, chemical, or electrical engineer, all sub-disciplines are looking for competent people who can fill their need for qualified labor. And considering engineers are the sole reason for the growth of our entire civilization, it is not hyperbole to say we need to constantly replenish their ranks.

The world needs engineers because they are not just theoretical thinkers, but also practical achievers. Not only do engineers come up with mind-blowing ideas, but they put their ideas into action by creating prototypes and testing their concepts. They help creatives come up with easy and practical applications for their creative designs.

Here at McNeil Engineering, we’re proud to employ some of the best engineers on this side of the Mississippi. It’s why we’ve been called up for jobs all over the country and leave a trail of satisfied clients in our wake. Contact us today at 888-303-7700 to learn more about how we can engineer your dream into reality.