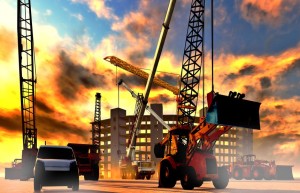 On November 15, 2021, Pre. Joe Biden signed Infrastructure Investment and Jobs Act. The $1 trillion infrastructure bill was designed to create jobs across the country by dispersing billions of dollars to state and local governments to fix crumbling bridges and roads and by expanding broadband internet access to millions of Americans.

To make matters worse, a lot has changed in the past century or so. The investments of yesterday no longer address the needs of today. The world is moving to green energy, urban lifestyles and different population patterns. It was time that our government addressed these changes and the infrastructure bill was meant to change that. So, why are we talking about it today? Because we wanted to take a closer look at how the State of Utah will use its portion of these much-needed infrastructure funds. What can we expect to see as a result of the bill’s passage?

Water is the Name of the Game in the West

First, let’s talk about water. It is already well known that the desert southwest is in the midst of a megadrought, and the infrastructure bill is designed to address this. The bill lays out over $8 billion for water infrastructure projects across the American West. The bill includes $1.15 billion for water and groundwater storage, conveyance projects like canals or pipelines and $3.2 billion for the replacement or rehabilitation of similar projects. An additional $1 billion has been earmarked for rural water projects.

An additional $1 billion has been earmarked to promote recycling projects designed to reuse stormwater runoff and wastewater treatment. Another $250 million is intended for desalination research and emerging projects. Dams in the region will also get $500 million to ensure they are properly maintained and in good working order for the foreseeable future.

The Colorado River Basin is also undergoing historic changes. Officials worry about the future of Lake Powell, as one example. Lake Mead, which is the country’s largest man-made lake, is shrinking rapidly. As such, $300 million will go toward bolstering the Colorado River Basin Drought Contingency Plan, which will set up programs to monitor reservoirs, implement conservation and storage projects, and prevent additional water cuts to both the upper and lower Colorado River basins.

How Infrastructure Spending Will Change Utah for the Better

Meanwhile, Utah officials are strategizing on how that $8 billion will help Utah. One example of where the money will go is The Central Utah Project Completion Act, which diverse water from the Colorado basin to the Wasatch Front. The project will get an additional $50 million, which will go towards upgrades to municipal water use, mitigation, hydroelectric power, fish and wildlife and broader conservation efforts.

The Western Area Power Administration will also receive $500 million for drought-related shortfalls. The WAPA is one of the four power marketing administrations within the U.S. Department of Energy. Another $300 million will go towards repairing waterway and watershed damage that results from natural disasters, which are an increasing occurrence these days.

Native tribes in Utah will also see funding, with $2.5 billion going towards the Indian Water Rights Settlement Completion Fund. The IWRSCF is designed to help fund much-needed water projects on tribal lands. Part of that $2.5 billion will bring running water to nearly half of Utah Navajo Nation residents who currently do not have proper running water.

Another big chunk of infrastructure money will go towards mitigating wildfire damage and encouraging better land management. From conducting prescribed burns to mechanical thinning, projects like these will see hundreds of millions of dollars funneled to their efforts.

Roadways and railways will also see big investments, with good reason. With more than 2,064 miles of roads in bad need of repair, billions will be funneled to road and highway improvements. These investments will directly benefit Utah residents and businesses as they seek to emerge from the COVID-19 pandemic, conduct business and drive commerce.

In the end, infrastructure spending creates and protects the framework for how we live where we live and it lasts for decades. So it’s long overdue to have a completely holistic rethink about those things and spend the money to put the basics in place. Here at McNeil Engineering, we’re excited to see these projects come to fruition and hope to be involved in some of these restoration projects. Stay tuned for developments in the near future.